2016 BMW 30 Jahre M3 Edition F80 - Interior, Exterior and Drive. This summer, BMW M Division released an exclusive special-edition model – limited to 500 units worldwide – as a special tribute to the successful 30-year history of the BMW M3. With its Macao Blue metallic exterior paint finish, the BMW M3 “30 Jahre M3” harks back to the first generation of car, for which this colour shade was first offered. The Competition Package, which is included as standard and comprises extensive powertrain and suspension modifications, pushes the engine output of the anniversary model up by 14 kW/19 hp to 331 kW/450 hp. The BMW M3: a sporting icon and dynamic benchmark for five generations. 30 years ago almost to the day production began of the first series-produced BMW M3s. This represented the opening chapter in a story of success which has no equal in the automotive world. The 2.3-litre four-cylinder unit with four-valve technology produced 147 kW/200 hp and accelerated the M3, which weighed just 1,200 kilograms, from 0 to 100 km/h (62 mph) in just 6.7 seconds. Top speed was 235 km/h (146 mph). In 1988 the Evo version was unveiled, with power increased once again to 220 hp and its top speed to 243 km/h (151 mph). And this was followed in 1990 by the final development stage of the first-generation M3: the BMW M3 Sport Evolution with 238 hp 2.5-litre engine, produced in a limited run of 600 examples. The second generation of the BMW M3 – not developed specifically for use in motor sport this time – was a much more understated affair. Unveiled in 1992, its six-cylinder engine developed 210 kW/286 hp from three-litre displacement and peak torque of 320 Newton metres (236 lb-ft). It also featured the innovative new camshaft control system VANOS. The new model set two world records – for the highest output per litre (97 hp/l) and the highest specific torque (108 Nm (80 lb-ft)/l) produced by a volume-produced naturally-aspirated engine. An extensive facelift in 1995 saw the displacement of the six-cylinder in-line engine increased from 2,990 to 3,201cc, with output rising to 236 kW/321 hp. Added to which, the new engine also employed Double-VANOS, which brings fully variable camshaft control on both the intake and exhaust sides. In summer 1996 the BMW M3 became the first series-produced car to be offered with the option of an SMG automated manual gearbox. Featuring an aluminium bonnet with powerdome, prominently flared wheel arches, an aerodynamically optimised boot lid with rear spoiler lip and four tailpipes exiting the dual-flow exhaust system, the third-generation BMW M3 unveiled in 2000 cut an extremely eye-catching figure once more. Power again came courtesy of a naturally-aspirated six-cylinder in-line engine. The completely newly developed unit developed output of 252 kW/343 hp from its 3,246 cc and peak torque of 365 Newton metres (269 lb-ft). Instead of being equipped with a straight-six engine, like the two previous generations of the car, the fourth incarnation of the BMW M3 presented in 2007 was powered by a high-revving, naturally-aspirated V8 developing 309 kW/420 hp. Among the extensive intelligent lightweight design measures employed were the carbon fibre-reinforced plastic (CFRP) roof fitted as standard and a front axle made almost entirely from aluminium. The current (fifth) generation of the BMW M3 was introduced in spring 2014. In keeping with the change in nomenclature for BMW’s series-produced models, only the four-door sedan is badged “M3”, while the coupe and the convertible variants were given the model designation M4. In all three body variants, a free-revving straight-six engine with M TwinPower Turbo technology and 317 kW/431 hp provides the power. Rigorously applied intelligent lightweight design elements include the extensive use of lightweight materials such as CFRP and aluminium for many chassis and body components. All of which has shaved around 80 kilograms off the weight of its predecessor. Subscribe 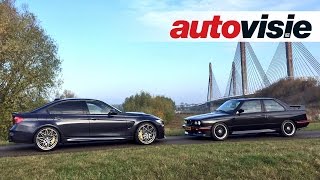 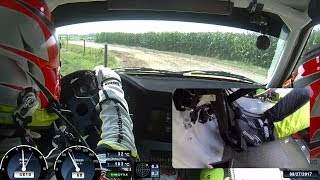 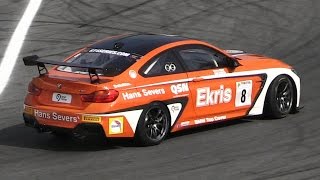 You can also find and follow me on: - Flickr: http://www.flickr.com/photos/19bozzy92/ - Facebook: https://www.facebook.com/19Bozzy92YT - Google+: https://plus.google.com/100567781241722617164/posts - Instagram: https://www.instagram.com/ste19bozzy92/ Back to the 2016 Blancpain GT Series weekend at Monza Circuit, I recorded these two BMW M4 GT4 of the Ekris Motorsport team racing in the Competition102 GT4 European Series. Watch them in action on track!! Camcorder: Canon Legria HF G30 + Canon DM-100 Event: GT4 European Series Where: Autodromo di Monza, Italy Link To My Channel: http://www.youtube.com/user/19Bozzy92 THANKS FOR WATCHING AND SUBSCRIBE!!! 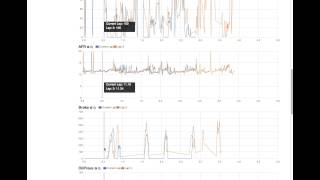 Learn more here: http://www.race-capture.com Your race is happening now: so why would you analyze your data after the fact? When you use RaceCapture/Pro + real-time telemetry to stream live race car data to the web you can: Have real-time driver feedback: * Coach can watch your data live from the hot pits - no passenger needed in car * Stay out on track longer instead of having to come in to talk with the coach * And make driving adjustments that matter during the race! * Have your pit crew watch your engine vitals while you focus on the race * Have your fans follow you while you campaign through the season * Have your data ready waiting for later analysis by you, your coach or your friends - accessible anywhere in the world. No shuttling memory cards between system and laptop!